I really haven’t time for this, but I couldn’t resist uploading these while they were still fresh. See the full collection on Flickr.

In the past few days I’ve been inundated with comment spam. I suppose the spammers respond when an inactive blogger starts posting again. So I changed my WordPress settings to close comments automatically on postings older than 28 days (most of the spams were comments on old postings, not the recent ones). Sadly that seems to have stopped it displaying the old, approved comments as well! They are still there in the database but they don’t display unless I re-open the posts for comments. I guess this is going to require some hacking of my theme, and I haven’t time, so it will languish on the to-do list for now.

Andrew took the photos, but he doesn’t do blogging, so I get the glory. Isn’t this cute? The full set is on Flickr.

I blog only from a position of stability. I do admire those who can document their transitions in real time, but uncertainty leaves me tongue tied. So I’ve been a bit quiet of late.

And this week a new chapter opens. I have an employer again! It’s only part time (I hasten to add in case any of my publishing clients are reading this). Details are on my software engineering CV page.

The job seems to be a very good fit. I know the people—I worked with them before, back when we were all at ARM—and I like them; I can see why they need me, and how I can make a worthwhile contribution to what they are doing; and it looks as though it is going to be fun. I think I’ve made the right move.

This website had fallen into disrepair. All the action (such as there was) was going on elsewhere.

This week I have taken a deep breath, installed WordPress, learned how to customize it (it wasn’t nearly as hard as I’d expected), imported everything from my old blog, and created new (back-dated) pages and postings as homes for all the odd pages and other bits of material I had elsewhere.

It will take a bit of getting used to, but I think I like this. It seems more in tune with reality. Everything you write is out of date as soon as it’s published. So why not admit it? Put a date on it, and let it recede into the past. The perfect definitive ‘finished’ site is never going to happen.

Had a lovely ride through woods & bridleways near Chichester, thoroughly enjoyed despite (or even because of?) pony taking off with me across a ploughed field. Updated Facebook while waiting for train at very rural station, watching lovely effects of sun & wind. Couldn’t be better, really 🙂

Andrew met me at Victoria; to the East End to see the Cable Street mural (imagine a Stanley Spencer Cookham painting, but set in London and featuring politics rather than religion); early Karahi at Mirch Masala in the Commercial Road (light and fantastic); brisk trundle through the city, admiring the Gherkin, the Shard and St Botolph-without-Aldgate, to the Barbican; and then the best bit: Nigel Kennedy doing his brand new Four Elements/Four Seasons rewrite – warm, rich, jovial and quite mesmerising. And then we managed to catch the 23:15 from King’s Cross! Not good for much today beyond dozing on the sofa, mind.

There must be more.

This is the moment electoral reformers have been waiting for—a once-in-a-lifetime opportunity. I feel inclined to do something active. I’d have been in London yesterday outside the Lib Dem meeting, shouting, if I hadn’t had a work commitment. I know that a lot of people here in Cambridge feel as I do on the electoral reform question. Can we get ourselves together and do something locally, in the way of a public meeting, rally or demonstration?

I think it is important to remind the Lib Dems that a lot of their support came from anti-Tory tactical voters who will be outraged if they sacrifice this chance in order to make a deal. The long-term health of the country will be best served by their insisting on a referendum now.

For a statement of the main arguments for PR as I see them, see a piece I wrote some time ago in a quieter moment.

The chapter I mentioned before concludes thus:

… Achterberg, on the road, ‘delivered a whole disquisition about the Ford’s rear-view mirror as an object in which you could see what was past. Things were past yet still visible—that was the spirit in which he spoke.’

And earlier the same day I found this: 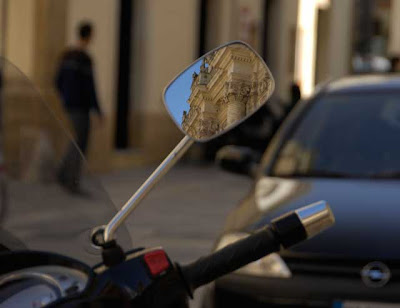 (My subject line here is not, of course, original.) 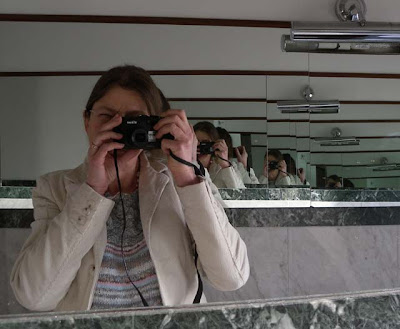