Furious, yesterday evening, to see Lib Dems all over the streets of Chesterton like a rash, throwing huge efforts into — what? Into trying to unseat a passionately pro-European MP! One who is a voice of reason in the Labour Party nationally, one who cares about all the best things they care about (electoral reform, green issues, refugees, …).

Just a few miles outside this city in any direction are Tory-held constituencies where the only possible contender is a Lib Dem, and where huge swathes of the population voted Remain — where there is some chance that they could use their energies to achieve something worth achieving, to help in some small way to avert the coming national disaster.

Well, I guess they’ve achieved one small thing: they’ve prompted a moment of clarity in this muddle-headed and dithering erstwhile Labour activist. At last I have seen one thing clearly enough to know which side of the fence I’m on. Daniel Zeichner in Parliament is an indisputable force for good. If the election nationally turns out the way the polls suggest, his presence in the PLP will be even more important than it is already. We need him to help pick up the pieces and rebuild a credible opposition. Don’t mess that up, please! In Cambridge, vote Labour.

I’ve been a bit busy since – well, since 2012 actually. I’ve only posted here once since I resumed working in the computer industry, and that was only because I couldn’t let Darcy’s death go by without comment. I haven’t even updated my CV or LinkedIn to reflect the new reality. I have a one-track mind, I guess: I either live my life or I write about it.

This blog needs picking up and giving a good shake to straighten it out: a mobile-friendly redesign, a replacement of the photo (I don’t actually look like that any more). A slight change of direction; maybe a few posts about software engineering, even? With a bit of tagging and filtering to allow people to skip them if bored. Maybe next year.

Meanwhile, though, there is one thing I’ve been meaning to put online somewhere ever since it happened, and here’s the place to put it. So I’m going to post it here, and if I can work out how, it’ll be backdated to June, which is when it actually happened. 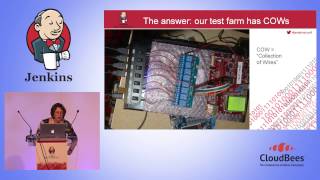 You can see the entire talk on the Cloudbees YouTube channel.

Some people do this kind of thing all the time, but it was quite an adventure for me. They put me on the big stage, too, with two giant screens! I counted the audience quickly before the lights went down, and there were about 100 of them. And they had lots of questions at the end. It went better than I’d expected. The only regret I have is that I didn’t realize my pointer wouldn’t show up in the video, so some of my explanations about where things are in the pictures are a bit puzzling. 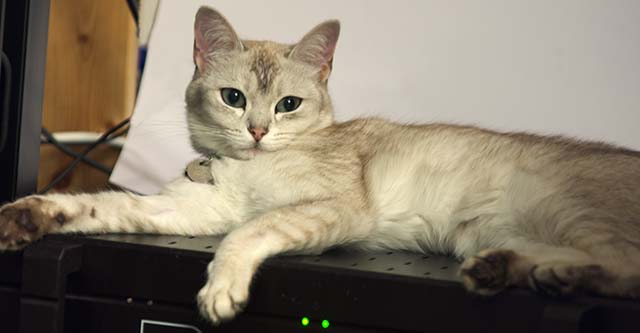 [I wrote this introduction for The Scholarship Girl at Cambridge, which was published by Girls Gone By in August 2012.]

‘Girnham’, despite its name, is not a hybrid of Girton and Newnham. The establishment that Josephine Elder describes so vividly in The Scholarship Girl at Cambridge is firmly rooted in the reality of just one college. All the details, from its location on the Huntingdon Road and its architectural eccentricities (the tower, for example) to its celebrated Fire Brigade, point only to Girton—the college that, under its own name, the schoolgirls Monica and Francesca have already visited in The Scholarship Girl.

To my surprise, reading the descriptions of college life in this book have brought memories of my own years at Girton in the late 1970s flooding back. Despite the huge differences in our worlds (my generation’s experience of sex, drugs and rock’n’roll would of course have been unimaginable to Monica and her friends; on the other hand, the Fire Brigade was disbanded in 1932, so our opportunities for extraordinary heroism were much more limited than theirs) an astonishing amount apparently did not change at all between her day and mine.

The social lives of the students as described in this book—the ebb and flow of friendships, the gatherings in one another’s rooms for work, for fun and for serious talk, and the expeditions by bicycle into town for lectures, for exams and for punting in May Week—were immediately familiar to me. Even the antics of the hockey team in Chapter X ring absolutely true (in my day the Boat Club were the usual suspects, but the behaviour was strikingly similar), though I was amused to read that in the 1920s they seem to have been fuelled by nothing stronger than cocoa. And the unconcerned and rather dismissive attitude (p100) of some students to the funny old ladies (as they appeared to them) who had played such an honourable part in breaking down the barriers and paving the way for their own, much easier, path towards educated adulthood is exactly what I remember. Some things will always be true of a group of intelligent not-quite-grown-up girls, and it’s a measure of Josephine Elder’s skill that they are so recognisable to one who was a student two generations later.

I wasn’t anything like Monica. In fact, I can see more of my young self in the awkward outsider, Hester Williams, than in any of the confident, clubbable public schoolgirls. I met many just like them, though. Clearly Hester is of a type that was not Josephine Elder’s cup of tea, but I was delighted, in reading to the end of the book, to see how fair-minded the author is. Every character is shown to contain something of value, and all are improved and enriched by the influence of ‘Girnham’. That was my experience, too.

I really haven’t time for this, but I couldn’t resist uploading these while they were still fresh. See the full collection on Flickr.

In the past few days I’ve been inundated with comment spam. I suppose the spammers respond when an inactive blogger starts posting again. So I changed my WordPress settings to close comments automatically on postings older than 28 days (most of the spams were comments on old postings, not the recent ones). Sadly that seems to have stopped it displaying the old, approved comments as well! They are still there in the database but they don’t display unless I re-open the posts for comments. I guess this is going to require some hacking of my theme, and I haven’t time, so it will languish on the to-do list for now.

Andrew took the photos, but he doesn’t do blogging, so I get the glory. Isn’t this cute? The full set is on Flickr.

I blog only from a position of stability. I do admire those who can document their transitions in real time, but uncertainty leaves me tongue tied. So I’ve been a bit quiet of late.

And this week a new chapter opens. I have an employer again! It’s only part time (I hasten to add in case any of my publishing clients are reading this). Details are on my software engineering CV page.

The job seems to be a very good fit. I know the people—I worked with them before, back when we were all at ARM—and I like them; I can see why they need me, and how I can make a worthwhile contribution to what they are doing; and it looks as though it is going to be fun. I think I’ve made the right move.